Christina Orbakaite for the first time brought her nine-year-old daughter into the world. Subscribers agreed that Christina chose an unsuccessful outfit for a social event. 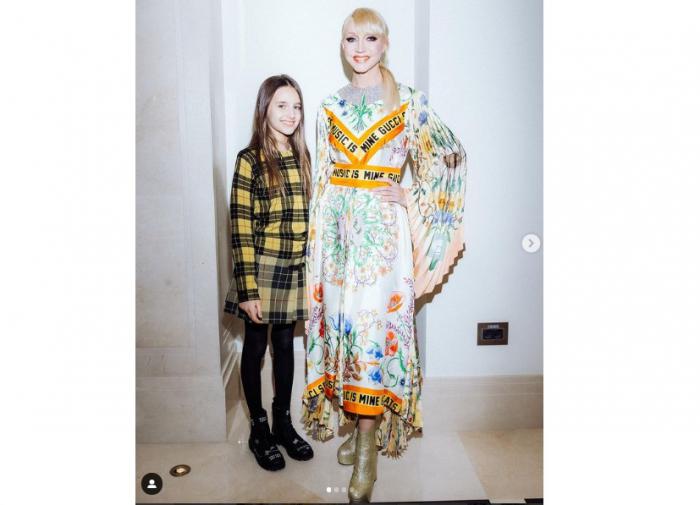 “Yesterday, after filming at New Year’s Eve, Klavochka for the first time in her life asked to take her to a social event! It was an award from @okmagazine_ru magazine. And I walked a dress from the new collection,” the singer wrote under the photo with her daughter.

50 year old daughter of Alla Pugacheva retained a model figure that is difficult to spoil with anything.

As a rule, the audience admires Orbakaite’s outfits. The prima donna has said more than once that Christina has excellent taste in choosing clothes.

The followers, however, decided that Christina was let down by her taste. Instagram followers are active criticized the dress Orbakaite.

Nobody made any claims to the appearance of Claudia. The nine-year-old girl looked emphatically modest. Pugacheva’s granddaughter appeared at the holiday in a dress in a tartan cage.

But Christina got a lot for her branded outfit in light colors with corrugated voluminous sleeves. The audience was embarrassed by the catchy decoration of the dress, reminiscent of an emergency tape.

“Maybe this is how the photo is, but I didn’t like the dress at all”;

“Somehow, the dress is not very good for me. Maybe I don’t understand something,” the followers wrote under Christina’s picture.

Certification of the Russian “Nord Stream-2” suspended in Germany