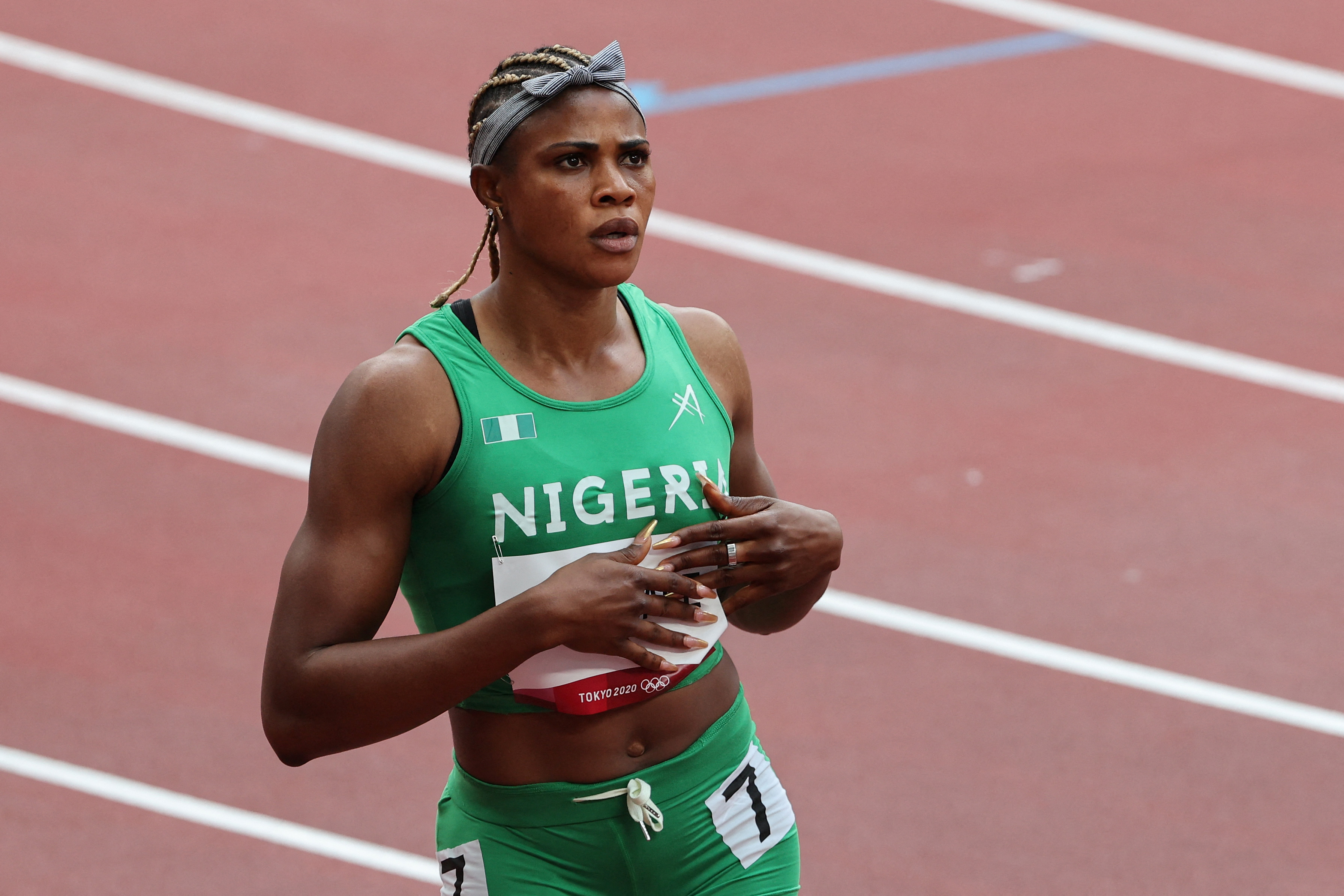 Nigerian athlete Blessing Okagbare tested positive for doping in Slovakia on July 19 and competed at the Tokyo Games on July 29. She won her 100m heat, was disqualified and suspended on the 30th, hours before the Olympic semifinal. Three days later, when she was returning to Jacksonville, Florida, in the United States, the city where she trains and lives, she was stopped by customs agents at the airport. At the request of the FBI, they seized his mobile phone, demanded the password and examined his WhatsApp. There they discovered her relationship with Eric Lira, a naturopath from El Paso (Texas), whom in November 2020 the athlete asked to supply her with doping products, growth hormone (honey, honey, in your conversation), TB-500, EPO and several more. All this is written by FBI special agent Ryan Serkes in an affidavit with which the prosecutor for the southern district of New York Damian Williams has requested the prosecution of Eric Lira for supplying doping products to an athlete and issuing prescription drugs that require it. .

The law Rodchenkov —quick criminal justice for those who adulterate through doping international competitions in which American athletes participate—, they proudly announce, and together with the prosecutor and the FBI, it will be applied in this way for the first time since its approval by the United States Congress on 4 December 2020. The law provides for a maximum sentence of 10 years for any person, except athletes, who deals in doping products to influence the outcome of an international competition. According to a voice message that remained on his phone, Okagbare transferred $2,500 to Lira via Zelle (American Bizum) to pay for the substances.

The Rodchenkov law It is named after the former director of the Moscow anti-doping laboratory who went into exile in the United States to, with thousands of tests, show the whole world Russian state doping and exhibit the ingenious montage he organized at the Sochi Winter Games. to ensure that no doped Russians tested positive.

Apart from proving the effectiveness and usefulness of this law, and the ease with which the FBI resolves its cases, the sworn account of agent Ryan Serkes is intended to be a sample of the still existing relationship of some of the best athletes in the world with doping, and with the agencies in charge of its control.

Okagbare, 33, is one of the great natural talents in athletics. Sprinter and jumper trained at the University of Texas. At the age of 18, he was already jumping 14.13m in triple. Her best record in length is seven meters and she was Olympic runner-up in the specialty in Beijing 2008, at the age of 19. In the 2013 World Championships he won two bronze medals, in length and in the 200m. His best time in the 100m is 10.79s, also achieved in 2013, at the age of 24.

Almost 10 years later, in the middle of last June, when she is competing in Europe, the athlete injects herself with 2,000iu of EPO and asks Lira if that would give a positive result in a control. His camel He tells her that calm down, that it is a very small dose, and she tells him that when the control agents arrived at his hotel he had pretended that he was not there (athletes have the right to three omissions in 12 months), because he was afraid, since it had been punctured twice in a few days.

On June 22, he texts Lira from Lagos, the Nigerian capital: “Hello friend [en castellano en el original]Eric, my body responded so well. I just did 10.63s in the 100m, with a 2.7 wind. I’m sooooo happy. What you did, you did very well.” On July 19, the day the AIU (the world athletics anti-doping agency) drew her blood in Ostrava, she tells him that she is in Slovakia, anxious to fly to Tokyo now. On July 30, when, between heats and the Olympic semifinal, they told him that his control had been positive for growth hormone (human growth hormone), a product that she thought was invisible since its detection window (the time it takes for the body to expel its trace) is less than 24 hours, Okagbare writes to Lira on her WhatsApp: “Call me as soon as possible… They tell me that my result is positive for HGH… I don’t get it.”

The Rodchenkov law It does not affect it, since it does not persecute athletes who dope, but the sports law does. Okagbare has been provisionally suspended from the day of her positive in Tokyo. A sports trial awaits him with three accusations made by the AIU: the positive for HGH in Ostrava, a positive for EPO communicated on August 12 and found in the sample of a control to which he underwent in Lagos on June 20, two days before his blissfully windy 10.63s, and a third count of refusing to cooperate with the investigation to find out who had supplied him with the products. Sports anti-doping authorities, it is clear, do not go where the FBI does.

Moreno on his return to Nacional "If it wasn’t now, it wasn’t ever"

All people are like people, and I am a queen: 76-year-old mother of Natasha Koroleva starred in a bold photo shoot without a skirt

after the emergency at “Listvyazhnaya”, the Prosecutor General’s Office checked the mines of Kuzbass