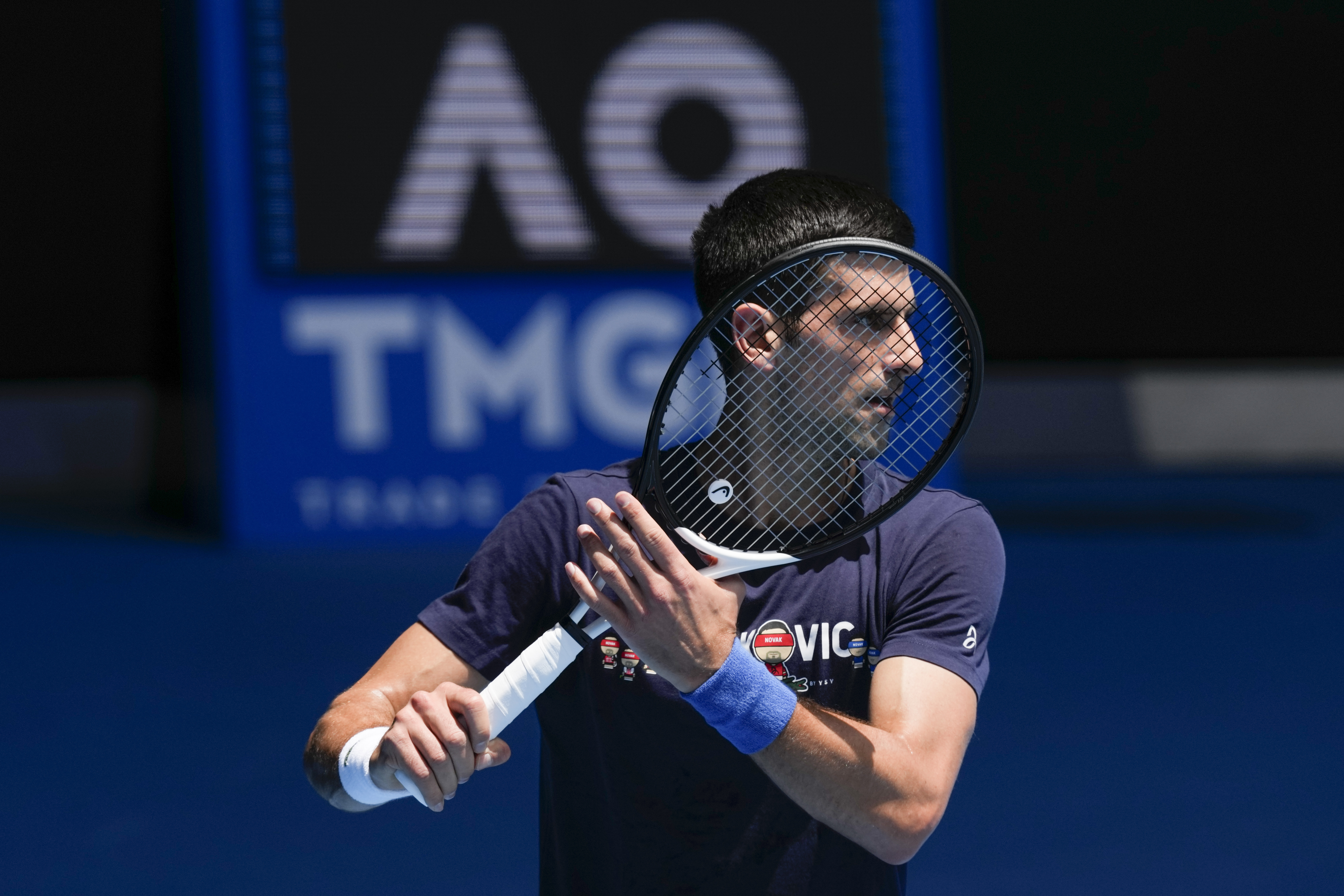 Regardless of what may happen on the track starting this next morning, the Australian Open this year will be remembered forever as the Novak Djokovic, regardless of whether the Serbian can win it or even play it. Stefanos Tsitsipas defined it very well this Saturday: “Everything has been talked about except tennis. The matter has appeared in all the newspapers. It is a pity”. The hurricane that the Serbian tennis player, number one in the world, has unleashed has devastated everything.

Since landing in Melbourne on Wednesday last week, with a medical exemption that theoretically freed him from facing the mandatory quarantine for those not vaccinated against covid, the Serbian has been the reagent that has embossed seams from one of the strictest immigration departments in the world. Regardless of the outcome of today’s court hearing, Djokovic has faced double deportation proceedings in less than a week. However, the cards available to him this time seemed less favorable than those that allowed him to haggle the first expulsion attempt. First of all, because the plaintiff is not anonymous but rather the opposite. Alex Hawke took advantage of the authority granted by his position as Minister of Immigration to, in a personal capacity, re-invalidate his visa on Friday afternoon.

Friday morning the one from Belgrade was arrested after being questioned by Immigration officers. He was immediately transferred to an expressly undetermined whereabouts, which later turned out to be the Park Hotel in the Carlton neighborhood, the same establishment where the tennis player was already held and in isolation for five days, from Thursday of last week to Monday of this , upon arrival in Melbourne. A couple of dozen protesters gathered there demanding the release of the nearly 30 people held in search of political asylum.

Hawke has had behind him the muscle of the entire administration led by Scott Morrison, the Australian Prime Minister, who has been faced with this issue less than five months before the May elections. The government of the country goes with everything against someone whom considers a threat to its health policy. Not so much because of the fact that he was not vaccinated, but rather because of his facet as a public figure, as a hypothetical leader of the masses, and because of the challenge he has dared to pose. In Hawke’s eyes, the presence in Australia of last year’s winner may anticipate “an increase in anti-vaccination sentiment among the population, it may reinforce the visibility of the community that has not yet been vaccinated and is at risk of becoming infected, and increase the number of people who hesitate to take the booster dose, something that could overload the health system [en caso de que aumentaran los contagios]”. In short, a glossary of arguments on paper more forceful than those used by Djokovic’s lawyers, who base their defense on classifying the government’s offensive as “illogical and irrational”.

If the expulsion is consummated, Hawke believes, “it could incite anti-vaccination sentiment.” At the same time, the strategy of Nole’s lawyers has sought to distance his client as much as possible from that label of arrogance. “There is no evidence that Mr. Djokovic had commented on his vaccination status, or expressed any opinion about it, either since he landed in Australia or before,” the number one lawyers stress.

The two parties met twice (by videoconference) before the judge (one late on Friday and the other this Saturday), and agreed to submit all available documentation before 10:00 p.m. on Saturday night (local time, noon in Spain). ). This Sunday’s ruling will come out of a court made up of three judges and will be final, since both parties agreed to it. That means that it will be unappealable, it will not admit appeal.

Since Djokovic was arrested on January 5 at the Tullamarine airport, the protagonist of the farce has not opened his mouth beyond the statement posted on Instagram, in which he basically apologized. Both because of the “misjudgment” that led him to interview a journalist from L’Equipe [el 18 de diciembre], knowing that he was infected by covid, such as the discrepancy in his entry form in Australia, in which he stated that he had not traveled anywhere in the previous 14 days, when he was in Belgrade and in Marbella.

“It is very clear that Novak is one of the best in history, but there is no player who is more important than the tournament. Because the players pass, and then others arrive. nor roger [Federer]neither Novak nor me. Not even Borg, who was brutal in his time, ”Rafael Nadal agreed this Saturday. “If he finally plays, then perfect. But the Australian Open will be a great tournament with or without him”, the Mallorcan clinched.

Prosvirnin, the founder of Sputnik and the Pogrom, who committed suicide, was under drugs

Lawyers’ collective asked the IACHR to regulate the food industry

Baldomero’s ‘invisible’ Christmas with a scrap metal cart on his back: “Whoever has less, gives you more” | Madrid

“Beautiful parting”: MakSim hinted at a break with a loved one