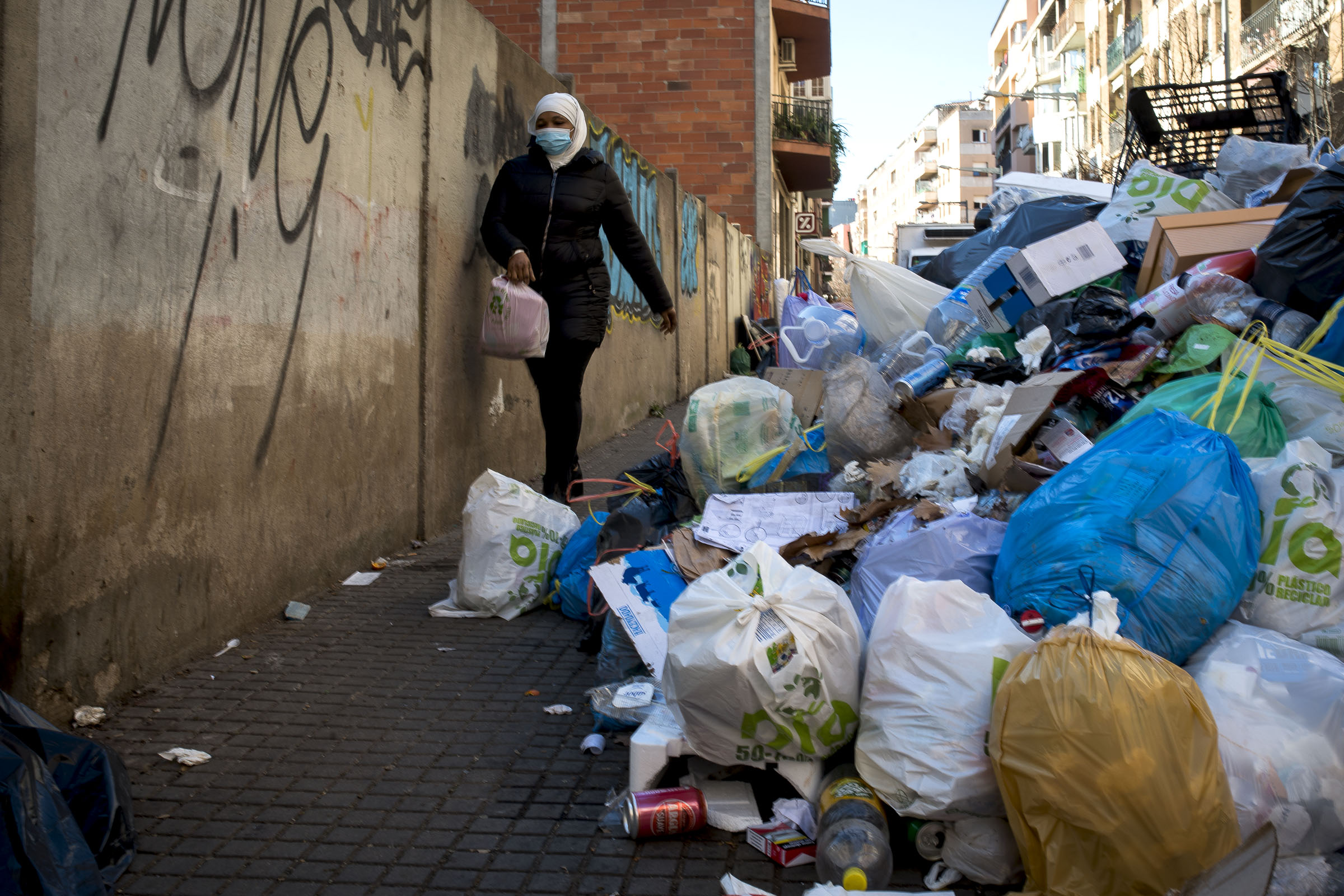 The workers of FCC Environment, the concessionaire company for the Salt (Girona) street cleaning and garbage collection service, have put an end this morning 21 days of strike after a marathon meeting that has ended with a preliminary agreement with the company. The thirty workers on strike, who from the first day have been in a camp set up in front of the company, have shown satisfaction with the achievement of a five-year agreement that includes improvements in all the areas they demanded, both in not losing purchasing power, such as the increase in the workforce, the recognition of professional categories and improvements in the occupational risk plan. The mayor of Salt, Jordi Viñas, has also shown his satisfaction at having closed this labor dispute: “A fair and acceptable agreement has been reached for all parties”, the mayor has valued.

The fourth has been the lucky one. In the fourth mediation meeting, which began this Friday at noon and ended after half past four in the morning, the company and the workers have managed to approximate positions and reach a preliminary agreement. At seven in the morning the staff ratified it in an assembly. The union delegate, Xavier Vives, had complained these weeks that they had only met three times in the 21 days that the indefinite strike had already been active and has once again claimed that “social dialogue cannot be denied.” In fact, he has defended, with this last meeting, “it is shown that when there is negotiation an agreement is reached, a labor conflict cannot be resolved without listening to the parties”.

The agreement that has been reached contemplates an expansion of the workforce: three of the eventual workers will go on to do weekend shifts, which allows compacting the days of other workers, who will go on to work from Monday to Friday. The company has also agreed to recognize the professional category of seven employees who had already been doing the job for some time without their rank being recognised: five become specialist laborers and two first class drivers. “We have also achieved a 10% increase in casualties due to temporary disability and dismissals are shielded, which cannot be inadmissible. They must be disciplinary or for objective reasons”, Vives highlighted. The agreement will also allow them not to lose purchasing power until 2025.

The company has also accepted the cleaning of the trucks twice a week and a module where you can have breakfast so you don’t have to do it in the vehicles. In occupational hazards, they have achieved better quality footwear and a backpack to carry personal protective equipment.

This agreement comes after this Friday the mayor of Salt, give the FCC 24 hours to start a thorough cleanup of the municipality or they would use an external device that they already had prepared. “Negotiate, put forward affordable and fair proposals for everyone and don’t leave the table until you reach an agreement,” demanded the mayor.

What affects the most is what happens closest. To not miss anything, subscribe.

Viñas has appreciated the effort to bring positions closer and close an economic agreement that fits within the limits set by the Consistory and does not mortgage the municipal budgets. “The agreement allows not having to apply any tax increase for this reason”, he pointed out. In addition, the mayor has advanced that they will modify the garbage collection rate to compensate for the deficit in the provision of the service. That is, the days that there has been no service will not be charged. This discount will be applied in the 2023 financial year. The mayor thanked merchants and neighbors for their “patience and understanding”.

The residents of Salt have suffered the presence of tons of waste in the streets since the strike began, on Christmas Day. With several days of accumulation of waste and serious health problems, the City Council opened a sanctioning file against the company and announced penalties of 100,000 euros if the minimum services were not met. The workers’ assembly has ensured that they have always complied with them. However, on January 8, FCC began to transfer company workers from other cities every afternoon to empty the Salt containers, in the midst of a large security police deployment. For this reason, a few days later, CC OO denounced the company to the Labor Inspectorate, considering that it violated their right to strike.

Spanish Stock Market: The Ibex 35 is paid to the caboose | Business

Named the cause of death of the widow Myagkov Anastasia Voznesenskaya