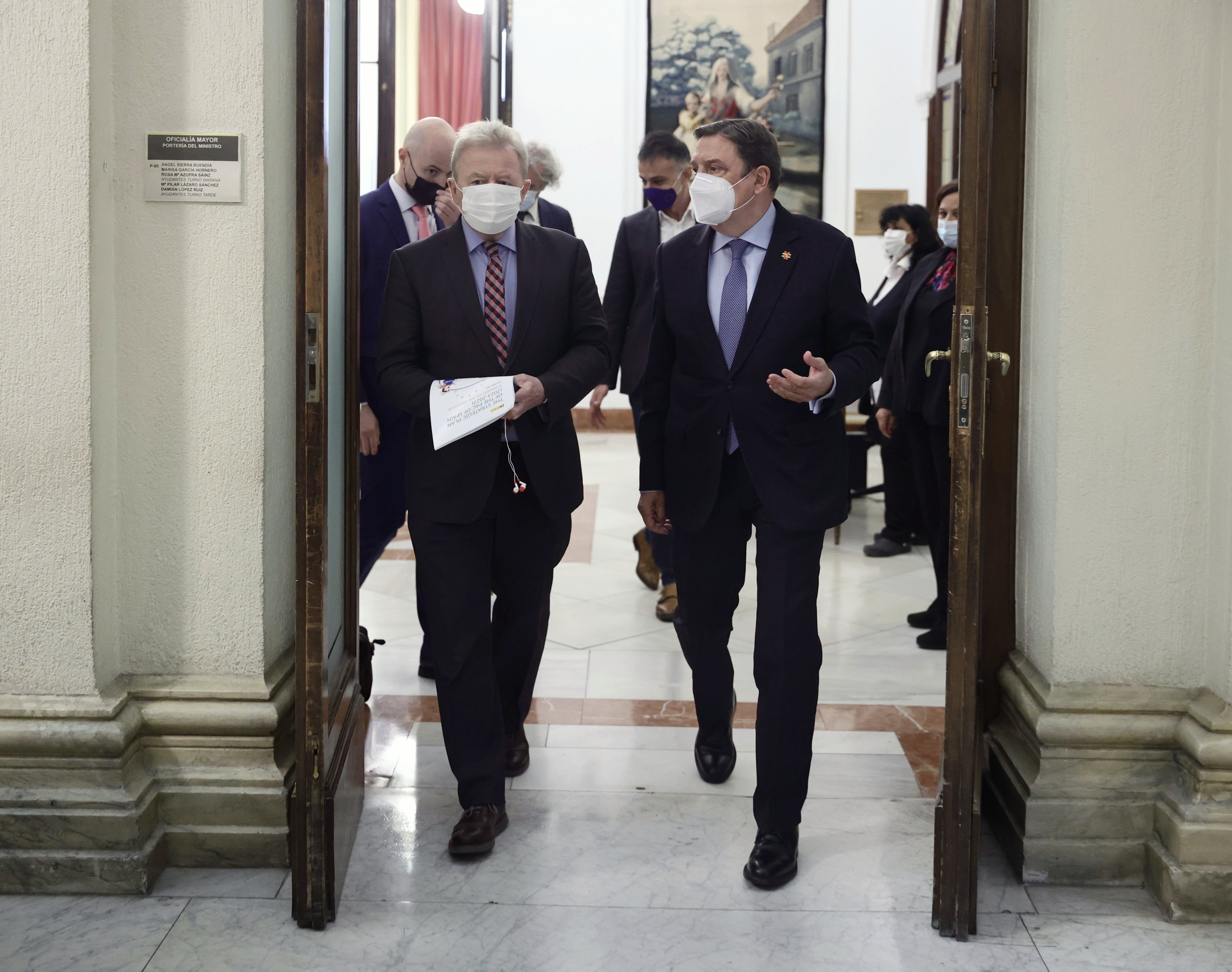 Representatives of the agrarian organizations Asaja, Coag, Upa and the Agro-Food Cooperatives have presented to the Commissioner for Agriculture and Rural Development, Janusz Wojciechowski, their main demands in relation to the new Common Agricultural Policy (CAP) during his visit to Spain. Their demands focus on greater stability of the CAP, greater defense against the outside, that the green policy is not a policy of red numbers, more rigorous controls on production costs, application of the Food Chain Law and a distribution of the funds fundamentally for viable and professional family farming.

The commissioner has committed himself to defending his proposals, especially with regard to cost containment, in the fight against unfair commercial practices and the defense of imports that meet the same requirements that community products must meet. The community representative, who also held a working meeting with the Spanish minister for the branch, Luis Planas, indicated his commitment to the victims of the volcano in La Palma and his support for Spanish meat, whose quality he never doubted.

From Asaja, its president Pedro Barato denounced some of the community proposals such as the “From farm to table” strategy, understanding it as a race of environmental demands with cuts in the use of fertilizers, pesticides or animal health that endanger the very activity and especially community self-sufficiency. Nor does it share the Spanish policy of redistribution of CAP funds when they are reduced to a professional, to give them to one who is not. And he denounces that costs in the field rise, that the CPI rises, but that farmers charge less every day, something that would be avoided if the Law of the Chain is complied with.

The new head of Coag, Miguel Padilla, focused his complaints to the commissioner on the greater weight that large investment funds or multinational groups gain day by day in agricultural activity, eliminating small professionals with the risk that one day they may decide abandon the business and thereby leave a sector in ruins. Coag asks Brussels for a more coordinated policy in terms of production costs to curb the current increases that make the activity unviable with shock measures or greater controls and the urgency of putting a stop to imports from third countries to which the same requirements are not requested as in the Union.

The general secretary of Upa, Lorenzo Ramos, highlighted the urgency of supporting the model of family and professional exploitation, as well as a greater redistribution policy of the community funds of the PAC. And of the Agri-Food Cooperatives, its president, Angel Villafranca, has called for a CAP with greater stability and avoiding some environmental initiatives that can turn the green policy into a policy of red numbers for farmers and ranchers.

The commissioner undertook to defend in Brussels the approaches of the Spanish agricultural sector, which he recognized for its great capacity to produce food, being one of the axes in the community offer. Likewise, it picked up the demand to demand from imports from third countries the same conditions as those requested from community producers, in addition to the possibility that other EU countries could apply the content of the Food Chain Law. The commissioner welcomed the fact that Spain had been one of the first countries to present its Strategic Plan where to locate the 47,724 million in aid provided for in the next CAP and that Brussels must study in the next three months.

Luis Planas highlighted the effort made in the last three years by the entire sector, autonomous communities and central administration to develop a strategy with an eye toward sustainability, respect for the environment and the profitability of the activity. The minister promised to carry out a greater monitoring of production costs and announced the debate in the next Council of Ministers of the EU, already under the French presidency, on the conditions of imports from third countries.

In relation to the recent debate on mega-farms, meat quality and animal welfare, Minister Planas considers that it is a closed matter and that there has been no negative effect on the evolution of exports. At least it hasn’t been seen yet.

From the agrarian sector, organizations agree on the irresponsibility of questioning the quality of Spanish meat, fundamentally in the hands of small and medium-sized farms, and the majority compliance with the demands on animal welfare. In livestock media it is seen as a complex debate, where demagoguery from environmental organizations is easy.

Gennady Onishchenko believes that the pandemic may end by May