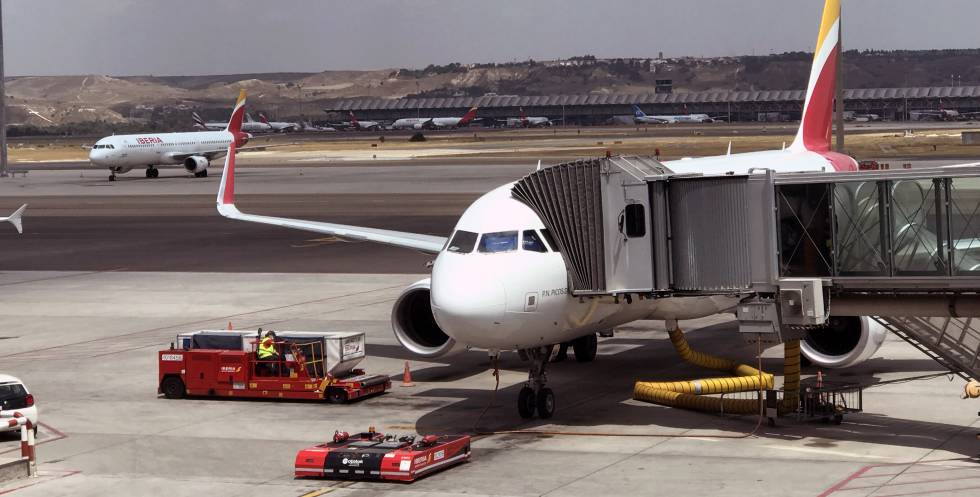 The minority union Coordinator for the State Air Handling Sector (CESHA) has won in court the battle it had not only against Iberia’s management but also with CC OO, UGT, USO and the Spanish Trade Union Association of Aeronautical Maintenance Technicians (ASETMA). The National audience has upheld his demand and has annulled several articles of the XXI collective agreement of ground staff qThey were signed by the airline’s management and the majority unions.

The Social Chamber of the Court has annulled the articles of the Iberia ground workers’ agreement that governed shift changes with a notice of at least 48 hours and those that, due to certain unforeseen events, can be carried out with a notice of less of 24 hours, according to the ruling dated December 22 last to which this newspaper has had access.

Against the Workers’ Statute

According to the ruling, the last two assumptions do not comply with the provisions of article 34.2 of the Workers’ Statute, “and without the reasons given by the company to justify their validity, referring to the fact that they are increases or decreases in the unpredictable, random and peremptory workload are manageable”.

The Court argues that, on the one hand, the agreement regulates one week’s notice in everything related to changes that come from the airlines, which reveals the possibility of taking into consideration the different situations that affect the activity of the personnel of land of the defendant company and thus adjust the exchange regime to the legal notice. The ruling recalls that adverse meteorological phenomena are predicted with greater anticipation and accuracy, so that a large part of them could be adjusted to legal notice.

Regarding truly unforeseen situations (volcanic ash in suspension that affects air operations due to changes in wind direction, displacement of State authorities, etc.), they can be adequately addressed through other forms of organization of personnel such as guards, checkpoints or overtime, among others, continues the sentence.

Iberia opposed the lawsuit, understanding that the changes that are notified 48 hours in advance do not fall under the assumption of irregular distribution of working hours, but rather are changes in shifts and hours and therefore article 34.2 of the Statute does not apply. of the Workers, while for the latter it was justified by the fact that there are “unpredictable, random and peremptory increases and decreases in the workload for the company”.

The State Air Handling Sector Coordinator (CESHA), the plaintiff union, has a minority presence in Iberia, as it is only present with 2 members out of 27 in the Madrid-Barajas works council; 2 representatives of 25 in Barcelona-El Prat and 4 of 17, in Tenerife.

The XXI Collective Agreement for Iberia ground staff was published in the Official State Gazette on July 15, 2020, although its effective date runs from January 1, 2018 to December 31, 2021. Their long negotiation was punctuated with several strike days in the summer of 2019 at some of its most important bases, including the Barcelona-El Prat and Madrid-Barajas airports.

Russia received a response to its requests for “security guarantees”

Companies accelerate application of the third dose against COVID-19