Raw garden carts are one of the most popular cannabis vapes of recent. However, it is impossible to denying that there is an increasing case of fake vapes that copy Raw Garden carts for their own gain. These knockoff raw garden carts bear striking resemblance to the real ones but they are not the same, at least to the observant eye.

Raw garden carts are a single-source cannabinoids oils holder that help its users to achieve a high, and enjoy the psychoactive effects of THC through vaporization of the oils. The cartridges or vape pens are produced by Raw Gardens and they cannabinoids contain no added flavors, fillers, or other additives. The real Raw Gardens carts are known to be sleek and the cannabis oil has consistent taste and smell. However, the fake ones do not maintain that standard.

In this article, we will discuss the things to look out for to differentiate the real Raw Garden carts from the fake ones, especially since there are increasing cases of respiratory issues in some parts of the United States of America as a result of the use of fake vapes.

Why Does it Matter to use the Real Raw Gardens Carts?

The use of vape pens and carts have seen an increase in recent times, and with the rise in demand, a corresponding influx of fake vapes and carts. These fakes carts and vapes mostly imitate the physical designs of authentic products, such as Raw Garden’s, and sell them off to unsuspecting consumers who when they smoke the cannabis oil, may begin to develop respiratory issues, such as lung injury and Acute Respiratory Distress Syndrome.

According to reports, the spike in Acute Respiratory Distress Syndrome in the United States of America is as a result of using cheaper products to dilute the THC without directly affecting its viscosity. In other words, it is as a result of some manufacturers’ greed. It is important to note that these cheap production options are not only used by illegal marketers of vapes and cartridges.  An important causative agent of ARDS is vitamin E oil, also called tocopheryl-acetate. It causes the injury to the lungs and makes gas exchange (oxygen and carbon dioxide) become laborious, hence the symptoms that follow. It is a complicated condition that has a high mortality rate and those who survive, do so with marked change of life quality.

Therefore, cannabis oil users must be sure of what they are buying, to avoid being victims of some people’s greed. Even if the real carts are available at a premium but will give you an assurance of safety, it is better to purchase those than buy cheaper options that lead you to spend more in the hospital or die.

How to Differentiate Real Raw Garden Carts from Fakes

It can be difficult to differentiate the real Raw Garden carts from the fake ones, since the illegal manufacturers and marketers are getting smarter. However, unlike with some THC carts manufacturers, Raw Garden can be verified as a legitimate and regulated company with a license to operate, and they do not have numerous websites claiming to be them. 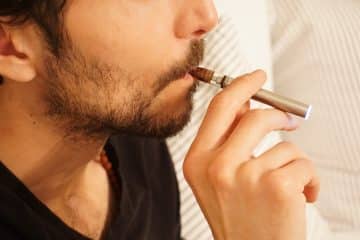 To successfully recognize the real Raw Garden carts, you need to pay attention to the box and the cartridge. The package and its content will expose the authenticity of the cart you’re about to purchase.

The scrutiny on the package should be more than enough to ascertain the authenticity of the Raw Garden cart you’re about to purchase. However, if you want to be more than sure, you can check out the cartridge.

Raw Garden carts have been known to be genuine 100% cannabis oil with THC to enjoy for its consumers. However, fakes abound and with the increase in the cases of Acute Respiratory Distress Syndrome in the United States of America, associated with inhaling vitamin E oil, it is important to note features that differentiate the real Raw Garden carts from the phonies.

VVDN Gets Approval Under PLI Scheme for Telecom and Networking Equipment